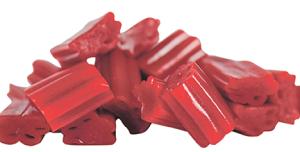 Synthetic dyes are used as colorants in many of the foods we ingest, but until recently no one had ever looked at the connection between those synthetic dyes and behavioral issues.

In 2018, the California legislature funded a report that contained conclusions linked to the results of 27 clinical trials in children that were conducted across four continents over the last 45 years along with animal studies, and research into just how dyes exert their behavioral effects.

Numerous studies have been conducted that have shown food dyes can negatively impact and worsen behaviors, especially in children; yet, despite this, the connection between food dyes and behavioral issues is still largely considered inconclusive, especially in the United States.

Red dyes in particular have been found to be most commonly associated with aggressive and impulsive behavior in children.

To see the full article, check out this week's edition of the Linn County News or check out the online version here