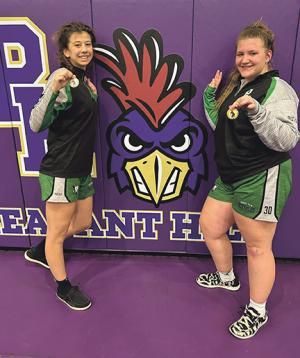 The Prairie View wrestling team traveled to Pleasant Hill on Dec. 2 and 3 to compete in the Steve Leslie Invitational.

Jay Muse, 126, placed eighth and scored 22 team points. Muse had two byes but lost all four of his matches.

To see the full article, check out this week's edition of the Linn County News or check out the online version here

The Jayhawk-Linn basketball teams hosted their first games of the season against Missouri foe Midway on Dec. 2. The Hawks split against Midway with the girls losing 36-44 and the boys winning 39-18. The game started well for the girls’ team as they led Midway after... [More]