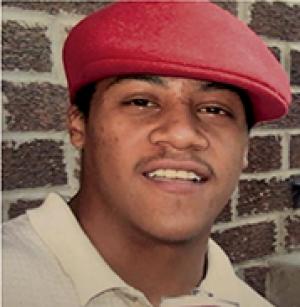 The death of Alonzo Brooks, Gardner, whose body was found in a creek in La Cygne in 2004, has been ruled a homicide following a new autopsy completed after the body was exhumed in conjunction with the Netflix series “Unsolved Mysteries” in 2020.

During the course of the investigation after the case was reopened in 2019, Brooks’ body was transported to Dover Air Force Base in Delaware for examination by the Armed Forces medical examiner. The examiner’s report concludes that the cause of death was homicide.

“We knew that Alonzo Brooks died under very suspicious circumstanc’es,” said Acting U.S. Attorney Duston Slinkard. “This new examination by a team of the world’s best forensic pathologists and experts establishes it was no accident. Alonzo Brooks was killed.”

Brooks attended a party at a farmhouse outside of La Cygne in April 2004 and was left there by those he attended with, supposedly at his request. According to the Netflix episode on the death of Brooks, there was an altercation early in the evening between Brooks and another person at the party; however, when it came time to go, the friends stated Brooks said he would get a ride back with another person so they left him there. That person told producers of the episode that when he was ready to go, he could not find Brooks and assumed he had left with someone else.

Following his disappearance, Linn County law enforcement searched the area but found nothing.

After Brooks had been missing for almost a month, a group of his family and friends organized a search. They began on the road near the farmhouse and walked the two branches of Middle Creek. In just under an hour, they found Brooks’ body, partially on top of a pile of brush and branches in the creek.

“The FBI’s commitment to justice remains at the forefront of each and every investigation,” said FBI Special Agent in Charge Timothy Langan in the press release following the determination of the autopsy. “Our reach is broad, and the strength of our investigative tools are exceptional. We remain dedicated to uncovering the truth surrounding the murder of Alonzo Brooks and ensuring those responsible are held accountable for their actions.”

According to the press release, the new autopsy focused on injuries to parts of Brooks’ body that the examiner concluded are inconsistent with normal patterns of decomposition; however, details of the examination are being withheld for investigative purposes.

In the initial investigation, a coroner in Linn County said he was unable to determine a cause of death, and witness interviews failed to produce any arrests. The new investigation is focused on determining whether Brooks, an African-American who was 23 years old when he died, was the victim of a racially motivated killing.

Anyone with information is encouraged to call the FBI at 816-512-8200 or 816-474-TIPS, or submit a tip online at tips.fbi.gov. As part of the new investigation, the FBI is offering a $100,000 reward for information leading to the arrest and conviction of anyone responsible for Brooks’ death.