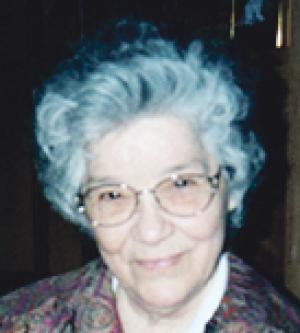 She graduated from Prescott High School. She married Clarence Springer on June 19, 1947, and they were married seventy-one years when he preceded her in death in 2018.

June was a very social person, a great cook, pianist and seamstress. She enjoyed playing games with her grandchildren. She was a longtime member of the Prescott Baptist Church. June had a very thankful spirit and taught her children about her love for the Lord. She was also the primary caregiver for many of the elderly members of the family as well as activity director at the Prescott Country View Nursing Home and was the first to help others in their wellbeing and needs.

Memorial contributions are suggested to the Prescott Baptist Church or Gideon’s International and may be sent in care of the funeral home to P.O. Box 525 Pleasanton, Kansas 66075. Online condolences may be left at www.schneiderfunerals.com.