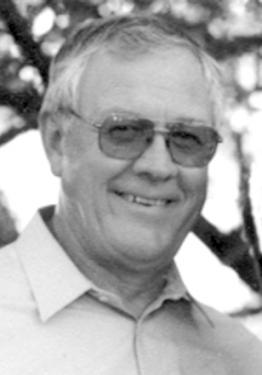 Barry Vohn Walker, 71, of Mound City, Kan., passed away Friday, Sept. 18, 2015, from complications of heart disease. He was born in Sharon Springs, Kan., in the home of his parents, Paul Lauren Walker and Margaret Frances Thompson Walker.
Walker was preceded in death by his sister, Kathy Larson; his parents; and step-mother, Frances Margaret (Meg) Walker.
He was married at 19 years-of-age to Susan Miller and later married Jackie Emerson in 1985, divorcing in 2005.
Survivors include three sons, Barry Vohn Walker Jr. and wife, Karen, Darin Ray Walker and wife, Jennifer, and Kyle Andrew Walker and wife, Berenice; five grandchildren, Garrett, Taralyn and Carlin Walker, Hannah and Maggie Walker.
Walker was a real estate broker for many years before moving into the auctioneering business. He worked with the U.S. Customs Service and Border Patrol on nationwide contracts selling seized items.
In 2000, he and his former wife, Jackie, purchased the Linn County News in Pleasanton, Kan. He sold his portion of the paper in 2005; he ran Linn County Realty which he had purchased in 2004 for several years before selling the business back to Paul Myers.
Walker held several political positions in the county; the first when he became mayor of Pleasanton in 2002, a position he held for two years; then achieving a life-long goal to be in law enforcement, in 2008 he became sheriff of Linn County and served until 2012.
Barry was a forward-thinking man that brought progress to the county on many fronts. He was also a benevolent man that tried to help those who were less fortunate.
A small memorial was held Sunday, Oct. 11, 2015, for Linn County friends who wished to visit with son Kyle. Barry will be inurned at the Sharon Springs Cemetery in Sharon Springs, Kan. Services are scheduled for later in November.
Condolences may be sent to Kyle Walker at 1701 Town Crossing Blvd., #1131, Mansfield, TX 76063.