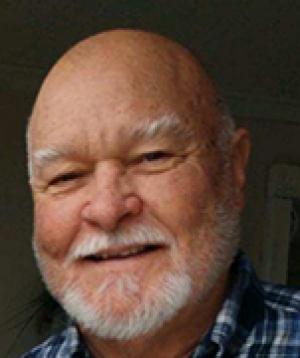 On July 17, 2020, Bobby Gene Ming Sr. entered into his rest at 70 years of age, at his home in Centerville Kan., surrounded by his loving family.

He will be dearly missed by his faithful, loving wife, caretaker and companion of 52 years, Sherry Diane (Jester) Ming; sons Bobby Jr. and Jonathan; and daughters Amber Ming and Cynthia Collins. Bob is now reunited with their deceased infant son, Charles Aaron Ming, who is buried in Wheeler, Texas. Bob was the oldest son of Hoyt Ming (deceased) and Ruby Ming (Robison) and had a younger sister, Sharon Ming, and younger brother Willie, and was preceded in death by sister Dianna Berry.

Bob was born in Mulberry, Ark., April 21, 1950, and the family travelled extensively, pastoring and evangelizing. For many of his teenage years they lived in an RV, and their home base was at the residence of the Jones family in VanBuren, Ark. He and Sherry met at a revival meeting and married early, and were together about a year before Bob was drafted into the U.S. Army. He completed his tour of active duty in 1971 as a paratrooper of the 82nd Airborne, trained in artillery, won honors in the “President’s 100 Marksmanship awards,” and went to school as an auto body repairman. When his active enlistment was completed, the family of three returned from Fayetteville, N.C., to Mulberry, Ark.

Bob eventually pastored in Texas, Oklahoma, Arkansas and Kansas. During this time he also fell in love with doing street ministry and eventually moved to Kansas City to pastor and work with street people in an urban environment. During the early years he worked in Philadelphia, Penn., with the Teen Challenge drug and alcohol rehab program, and this eventually led to his being the director of Teen Challenge in Kansas City. In later years, Bob felt a challenge to his heart; God spoke to him in prayer to “forget his preconceived ideas.” This led to turning an active church, street and printing ministry over to others. He felt led to seek direction from the Holy Spirit which was sent to “lead and guide us into Truth.” This began a Sabbath experience, where he sought to renew his first love, to honor and refresh his relationship with God himself, rather than clinging to any ministry, work or belief. This wilderness journey led to many personal struggles, but ended with a rooting and grounding of the God who is Truth in his life and the lives of all of his children and many grandchildren.

Bob loved to play the guitar and worship his Lord, and also will be missed sorely for his silly songs and inimitable sense of humor. A dear high school classmate wrote, “Heaven has its hands full now that Bob is home … you know that he will be telling every corny joke he knows to everyone there ... We have all been blessed by his presence and down home Christian wisdom.”

Like Paul in the Bible, Bob often worked with his hands to help support his family and could do almost anything he set his heart on. His many skills were appreciated: carpenter, custom car painter, teacher, welder, electrician, mechanic, heavy equipment operator, inventor, custom hay hauler, salesman, and horse and dog trainer, and he had many other hobbies and creative activities such as building hot rods and trailers.

Kidney failure and heart trouble greatly complicated his last years, but much of his finances and efforts was spent towards the dream of an independent chapel in Centerville, where the lines of church and family blur, where informality creates a place of freedom and fellowship unconstrained with the loving God who has brought him personally through every hardship, every sorrow and every challenge.

When remembering his life, he would want you to laugh, as he so often did, your heart to warm at the thought of his love, and most of all to say he was a unique vessel in the hands of a wonderful God.