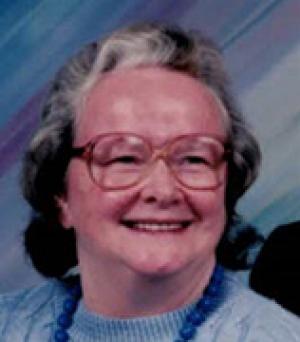 Bonnie Jean Millard-Studdard, age 84, of Louisburg, Kan., departed this life on Sept. 19, 2020, at Olathe Hospice House in Olathe, Kan. Bonnie was born Nov. 11, 1935, at Worland, Mo., the daughter of Harvey and Montie Millard. In August 1936, the family moved to a farm southeast of Pleasanton, Kan. They lived there the next seven years, where she attended first and second grades at Fairview School. In November 1943 the family moved to another farm east of Pleasanton. She then attended Eureka School. Both were one-room schools. While in the seventh grade the family moved back to Worland, where she graduated from the eighth grade. She enjoyed riding the school bus to Hume, Mo., for her freshman year. Thus, she ended her education. She loved school and always wanted to be a teacher. She began to learn to care for babies at the age of 10, when her youngest brother was born. She loved children and cared for many besides her own.

She married Austin Studdard on Aug. 23, 1952, at Butler, Mo. To this union eight children were born. She attended Assembly of God churches. Bonnie taught Sunday school and children’s church for many years. She also sang solo in church. Her favorite hymn was “Follow Me.” She truly loved music. Bonnie’s favorite pastime was reading stories about people that did or could have happened. She also liked to travel the United States and had been to 27 states. Bonnie worked at the Blair House restaurant in Louisburg for 13 years and ran the Louisburg Laundromat for 10 years before retiring in 1999.

Funeral service will be at 2 p.m. Wednesday, Sept. 23, 2020, at the Schneider Funeral Home and Crematory, Pleasanton Chapel. Visitation will be from noon until service time at the Chapel. Burial will follow at the Woodfin Cemetery. The family suggests contributions to Bonnie Studdard Memorial or Pleasanton Assembly of God Church. These may be sent in care of Schneider Funeral Home, P.O. Box 525, Pleasanton, Kan. Online condolences may be left at www.schneiderfunerals.com.