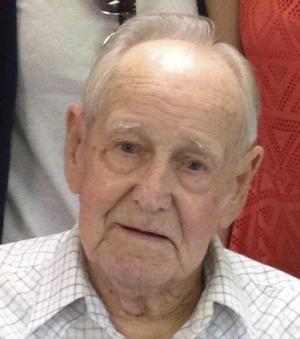 He attended Mound City High School before enlisting with the U.S. Navy, proudly serving his country during World War II.

He married Rosemary Staton on June 18, 1946, at Elko, Nev. He worked at Bendix and was a member of the Machinist’s Union before retirement. Shorty had many passions in his life. Most important of these was his love for his family. He also enjoyed fishing, hunting, trap shooting, bowling, playing cards, taking a trip to Downstream Casino, visiting with everyone at the coffee shop, playing baseball and keeping track of the Royals.

He was preceded in death by his wife, Rosemary; son David Johnson; brother Leo “Jack” Johnson; and a sister Juanita “Connie” Moore.