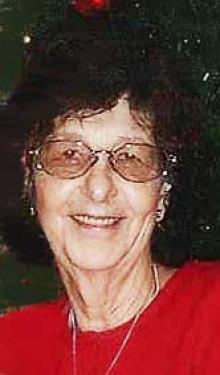 Carol Lea was born Jan. 25, 1941, in Parker, Kan. She was the second of seven children born to Harold Eugene and Ruth (Bledsoe) McDougal Sr.

As a child, during her grade school years, her family moved several times, living in places like Blue Mound, Mound City, Parker and Lane. The family then settled in Olathe in the early 1950s where she attended high school.

In June 1958, Carol Lea married her first husband, who was in the military and they moved to Georgia for a short time. The couple then moved back to Kansas, settling in Olathe where they had a daughter Gail Ann. After the marriage ended she worked a few jobs, one of them being at Sunflower ammunition plant.

Carol Lea remarried in 1967. Her second husband was also in the military. The small family of three first moved to Okinawa. After four years the family was then transferred to Minnesota for a few months, where her second child Timothy Marvin was born in Northfield. The family of four was then transferred to Alaska where they became a family of five, when Tabatha June “Abby” was born at Elmendorf Air Force medical facility. While recuperating in the hospital, Carol Lea was diagnosed with breast cancer. After having a radical mastectomy to remove all of the cancer she became a cancer survivor. The family of five was then transferred to Texas. After a year and a half they were transferred back to Alaska for two and a half years, then on to Washington for a year and a half. After the marriage ended Carol returned to Olathe as a single mother to raise her three children.

She worked in the manufacturing industry to support her growing children until she retired in 2004 and moved to Kansas City, Mo., with her son. Her hobbies included crocheting, sewing, making jewelry, researching her family’s genealogy and buying that winning lottery ticket! But the thing she enjoyed most was searching for treasures at garage sales, flea markets and antique shops. A passion she shared with her children and grandchildren. Her grandkids especially loved going with their grandma when they were little to help find the treasure. Her other favorite past time was finding beautiful rocks, especially the time when she went on a four-state rock hounding trip with her eldest daughter, Gail, which included a visit to her younger daughter, Abby, in Oregon.

Carol Lea was preceded in death by her parents and sisters Marilda Anne “Sis” Howard and Barbara June Harris.