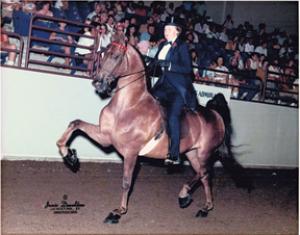 She graduated from high school and attended two years of business college.

She married Carl Dempsey who preceded her in death in 1995.

Carolyn was a member of the United Professional Horseman’s Association and professionally trained American Saddlebred horses.

She was also preceded in death by two brothers, Frank and Lynn Hootman; and a sister, Lou Gene Hootman.

She is survived by a stepdaughter, Carleen Dempsey; and nieces, nephews, cousin and sister-in-law.

Visitation will be held from 1-2 p.m. Saturday, June 3, 2017, at the Schneider Funeral Home and Crematory, Pleasanton Chapel. A celebration of Carolyn’s life will begin at 2 p.m. following the visitation.

Contributions are suggested to the Pleasanton Community Center. Online condolences for the family may be left at www.schneiderfunerals.com. Arrangements: Schneider Funeral Home and Crematory, Pleasanton Chapel.