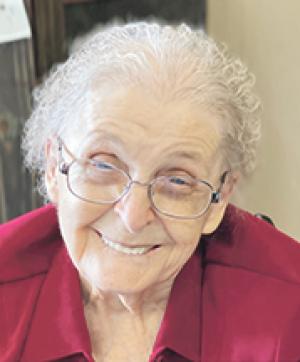 She attended secretarial school in Kansas City. She also attended Fort Scott Community College in Fort Scott, Kan. She was a Pastors wife in numerous churches for 30 years. She spent most of her life as a homemaker but did have several jobs outside the home as well.

She enjoyed needle crafts, sewing, painting, and wrote poetry.  She was a strong woman of faith and could often be found reading her Bible.

She was preceded in death by her parents; husbands John Creighton and Robert Turner; son Randy Turner; grandsons Michael and JJ Carlson; and two brothers.

Visitation will be at Ryan’s Mortuary, on Monday, Nov. 21, from 6-8 p.m. Service will be held at First Baptist Church in Salina, Kan., on Tuesday Nov.  22 at 10 a.m. Burial will follow at Gypsum Hills Cemetery.

In Lieu of flowers, memorials may be made to First Baptist Church and sent in care of Ryan Mortuary, Salina, Kan.; www.ryanmortuary.com.