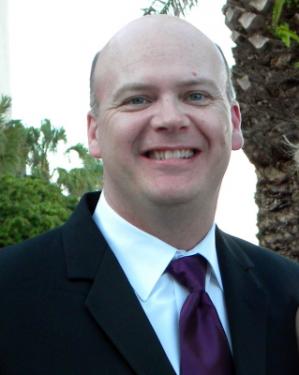 Linn County News
Published Aug. 8, 2018
Christopher John Allen, age 48, of Jasper, Ind., passed away at 10:25 a.m. on Wednesday, July 25, 2018, at home. Chris was born in Eureka, Kan., on Feb. 19, 1970, to J.L. and Sadie (Howard) Allen.
He married Melissa Bass on May 24, 1997, at the First Christian Church in Pittsburg, Kan.
He received a B.S. degree in wood technology from Pittsburg State University in Kansas.
He was the owner and operator of Creative Storage in Ireland, Ind.
Chris was an active member of Redemption Christian Church in Jasper, where he served on their security team. He previously served as a Cub Scout Leader for Pack 130 and a Boy Scout Leader for Troop 185 in Jasper, and also served as a facilitator for Financial Peace University.
He enjoyed scuba diving and flying Ultralight planes, was an accomplished woodworker and a car fanatic, and Halloween was his favorite holiday. He was a stay at home dad for 12 years and was devoted to his family.
Surviving are his wife Melissa Allen of Jasper; one daughter, Chloe Allen, and one son, Kyle Allen, both at home; his father and stepmother, J.L. and Shirley Allen, Pleasanton; two sisters, Nicole Murphy (Steven), Lee’s Summit, Mo., and Megan Brixey (Chris), Lee’s Summit; and one brother, Jay Allen (Tana), Pleasanton.
Preceding him in death was his mother, Sadie Allen.
Rev. Chuck Russell conducted a Celebration of Life on Tuesday, Aug. 7, at the Cheney Witt Chapel. Burial followed in the Evergreen Cemetery.
Memorials are suggested to the Redemption Christian Church and may be left in care of the Cheney Witt Chapel, PO Box 347, 201 S. Main, Ft. Scott, KS 66701. Words of remembrance may be submitted to the online guestbook at cheneywitt.com.