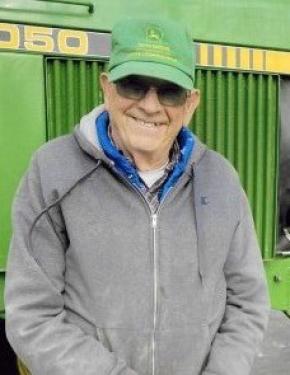 David Kent Hammar, age 83, Pleasanton, Kan., passed away Thursday morning, Jan. 27, 2022. He was born in Storm Lake, Iowa, the youngest son of Rev. William Paul Hammar and Hildur Marie Johnson Hammar. David graduated from Cambridge High School, Cambridge, Minn., in 1956 and went on to serve his country in the U.S. Navy Seabees. David married Leone Reck on Sept. 2, 1960, and five daughters were born from their union.

Though David enjoyed John Deere tractors, trucks and farming, his life’s priority was honoring Jesus Christ. David loved God first and foremost. He loved his wife and family. He loved God’s word, the church and his church family. He sought to honor Jesus Christ and make Him known whether teaching Sunday school, making time for people, mowing pastures or hauling rock.

David loved his wife and family deeply and desired nothing more than that Christ be magnified in and through his family. David served the church faithfully serving in many capacities from deacon, Sunday school teacher, alternate preacher, nursing home minister and lawn service provider. Though David has left us, there is no question that he’s in heaven now.  Because as a young boy, he placed his faith in Jesus Christ’s sacrifice for his eternal redemption, his eternal destiny was secure. He is more healthy, happy and free today than his best day on earth.

Because of David’s profound respect for the Bible as God’s word, the family requests memorial donations to First Baptist Church, Pleasanton, Kan., David Hammar Memorial Fund for Bearing Precious Seed Ministries. Bearing Precious Seed is a ministry committed to printing and distributing the Scriptures to unreached people around the world.