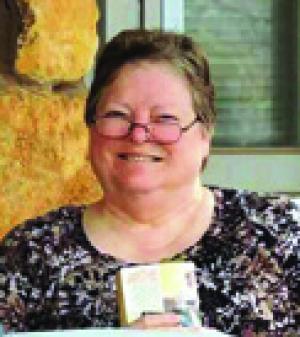 Deanna was united in marriage to D. DeWayne Fuhrman on June 6, 1964, at Pleasanton, Kan. This union was blessed with three children.

She worked for Sprint for 18 years. Deanna was a member of the Bronson Methodist Church; Uniontown Saddle Club, where she held office of Treasurer; Garnett Saddle Club, where she held offices of Treasurer, Secretary, and Show Secretary; MidEastern Kansas Western Horsemen’s Association, where she held office of Secretary for 37 years; Anderson County Boots and Spurs 4-H Horse Leader for 24 years. She was also a founding member of the EKTEC Youth Rodeo Association. Deanna enjoyed working with kids and horses, reading, writing, crocheting, knitting, and flowers. She wanted to be remembered for being a good mother, daughter, grandmother, 4-H horse leader, and busy worker. Deanna was eager to volunteer with youth organizations.

Deanna was preceded in death by her parents, Edward and Katherine Umphenour; and her brother, Wayne Lester Umphenour.

Memorial contributions may be made to the Bourbon County Fair Association.

Condolences may be sent at www.feuerbornfuneral.com.