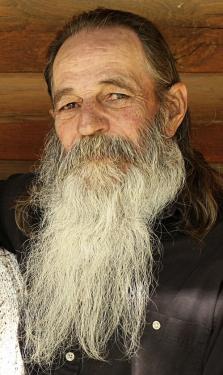 He married Karen Wilcox on March 28, 1980 and they were the proud parents to two sons, Joshua and Kane. He was member of the RLDS Church. He started working for Linn County in 1985 and worked there for 27 years, he also worked for P&D Bonding until his health became too bad to continue.

Don had a great love for life and always had a story or joke to tell. He never met a stranger and most all people were "good people" in his eyes. He enjoyed riding motorcycles, spending time with family and friends, and most importantly, his two grandsons.

Don was preceded in death by his parents; his sister, Connie Bray; and a brother, Danny Snow.

He is survived by his wife Karen; his sons, Joshua R. Snow and wife Taylor, along with their two sons Sy and Jax of Pleasanton, and Kane R. Snow and wife Heather of Smith River, Calif.; a brother Robert E. Snow; and several nieces and nephews. In addition, he is also survived by his two best friends Paul Hamilton and Jerry Heiser, who were always there to help in any way they could.

Visitation will be held from 5- 7 p.m. Friday, Aug. 26, 2016, at the Schneider Funeral Home and Crematory, Pleasanton Chapel. The family suggests contributions to the Pleasanton Community Center. Online condolences for the family may be left at www.schneiderfunerals.com.