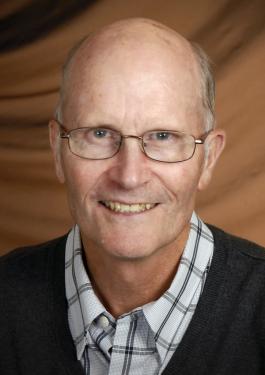 Dwayne Charles Beckford was born July 20, 1949, in Riverside, Calif., to Andrew Beckford and Lucille Hillman Beckford. His father's military career took the family to many locations before finally settling in Mapleton, Kan. He graduated from Blue Mound High School in 1967 and Kansas State University in 1972. He married his high school sweetheart, Rita Hyson, in 1970. They had three daughters.

He spent over 30 years in the Army Reserves, retiring at the rank of Colonel in 2009. One of his final assignments was serving as the commander of the Lawrence Reserve Unit. He greatly enjoyed annual training in Alaska, spending time in a military leadership role. He also engaged in one of his favorite pastimes there, fishing.

Dwayne spent his civilian career teaching high school. He taught a range of subjects, including vocational agriculture, horticulture and science, as well as serving as an FFA advisor. He began teaching in Lakin, Kan., before moving to Jayhawk-Linn in Mound City. While at Mound City, Dwayne served on the city council, school board and the Sugar Mound Arts and Crafts Festival Committee. Dwayne was instrumental in helping to start the committee’s annual scholarship fund. He retired from teaching at Paola High School in 2010 after 21 years.

Dwayne was a lifelong learner, earning a master’s degree in science and continuing to take classes throughout his life. He enjoyed gardening, raising animals, fishing, reading and photography. He always had at least one dog, and often a flock of sheep or goats, as well as occasional cows or a donkey. He shared these interests with his daughters and later his grandchildren. He remained busy in retirement, serving on the Miami County Conservation Board, the election board and as Stanton Township Clerk. He was active in his local church.

He is remembered by others for his kind and generous nature and his faithfulness to the Bible and what he believed. Dwayne was a longtime donor to many charitable groups. He always sought to give back. He would encourage you to become an organ donor.

He was preceded in death by his parents, as well as three brothers, Everett, Alan and David.

Contributions in Dwayne’s honor may be made to The Kansas City Foundation for Pulmonary Fibrosis or the Paola High School FFA chapter in care of the funeral home.

Visitation will be Thursday, Sept. 19, at Paola First Baptist Church from 5-7 p.m. The funeral service will be at 10 a.m. Friday, Sept. 20, also at the church. Burial will follow at the Mapleton Cemetery.