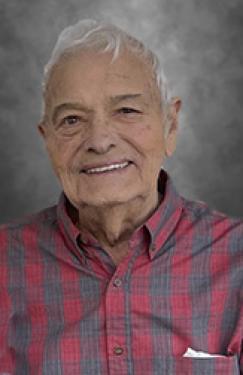 Glenn Thomas Vaughn, age 87, Prescott, Kan., passed away on Saturday, March 20, 2021. He was born on June 1, 1933, in Vinita, Okla., the son of Raymond and Mildred Murr Vaughn. He proudly served his country in the United States Navy. Glenn was united in marriage to Jean Lyon on Oct. 4, 1958. He worked at many different jobs, including Ford Assembly Plant, Long Beach, Calif., Douglas Aircraft, Bendix, Jayhawk USD No. 346, and as a farmer. Glenn was a member of the Prescott United Methodist Church. He was past president of the Linn County Farm Bureau and past member of the Country View Nursing Home Board. He was a member of the Kansas Steel Guitar Association and played in bands traveling all over eastern Kansas and western Missouri.

Funeral service will be 10 a.m. Wednesday, March 24, 2021, at the Prescott United Methodist Church. Burial will be in the Prescott Cemetery. Visitation was to be from 5-7 p.m. Tuesday, March 23, 2021, at the Schneider Funeral Home and Crematory, Mound City Chapel. Contributions are suggested to the Prescott United Methodist Church, c/o Schneider Funeral Home, P.O. Box J, Mound City, Kan. 66056. Online condolences can be left at www.schneiderfunerals.com.