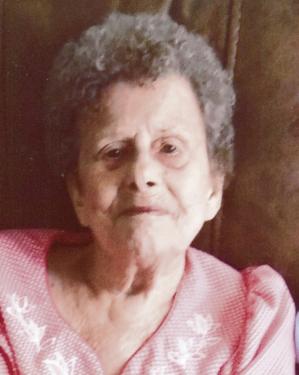 Linn County News
Published Oct. 11, 2017
Jane Evelyn (Hayden) Kelley, age 88 of Mound City, Kan., died Tuesday, Sept.19, 2017, at Prescott Country View Nursing Home in Prescott, Kan. She was born Nov. 2, 1928, to Augustus William Hayden and Victoria Friedel (Hinkle) Hayden in Los Angeles, Calif., the middle of three sisters.
Her family home was a half block from the beach at Santa Monica. She grew up with a love of the ocean and learned to swim at an early age.
She met her future husband, Don Kelley, on a blind date at a beach party on Malibu Beach in 1946. In July 1947 she accepted his marriage proposal and in February of 1948 she rode a train to New Orleans and they were married the next day in Biloxi, Miss., where Don was stationed with the U.S. Air Force. They went on to have two daughters and the family traveled extensively during his 21-year Air Force career.
Don and Jane settled in Mound City in 1975. While living in Mound City, Jane was employed as both Extension Office and Linn County Fair secretary. The highlight of her employment as fair secretary was meeting Garth Brooks.
She was a longtime member of Mound City United Methodist Church and she loved dancing with the Country Ramblers Square Dance Club. Before her health began to deteriorate, she was active in the Eastern Star, holding a Grand Office in 1995.
Jane will be remembered for her kind heart and sweet demeanor. She took great pride in her family members’ accomplishments, especially Don’s military achievements. She was extremely proud of her grandchildren and great-grandchildren, always ready with a picture to share.
Jane is survived by Don, her husband of 69 years, Mound City; daughters Linda Friedman (Bill Peters), Mapleton, and Donna Parker (Rick), Mound City; four grandchildren; and five great-grandchildren. She is also survived by several brothers and sisters-in-law as well as many nieces and nephews, all of whom she loved dearly.
She was preceded in death by her parents and sisters, son-in-law Wes Friedman and great-granddaughter Kelley Tupin.
A memorial service will be held at 11 a.m. Tuesday, Oct. 17, at Mound City United Methodist Church. Visitation will be held 10 a.m. to service time. Memorial contributions may be made to the church.