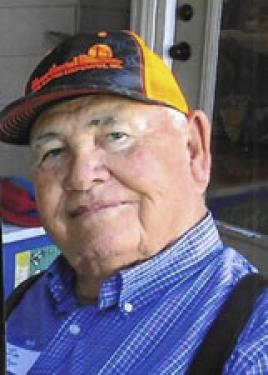 Jimmie Allan Wier, age 83, Mapleton, Kan., passed away on Saturday, April 11, 2020. He was born on Sept. 24, 1936, in Fort Scott, Kan., the son of Lloyd and Thelma Olan Meek Wier. Jim's education included four years at "Mud Holler" in Mapleton, four years at Mapleton Grade School, Blue Mound High School, Fort Scott Community College and Kansas State University ending up with a Bachelor's Degree in Agriculture Education. He played football while attending Fort Scott and baseball while at Kansas State. He served his country in the United States Army and National Guard. He was united in marriage to Deanna Smith on Oct. 2, 1965 in the Delphos Presbyterian Church. They were blessed with one daughter, Angela.

Jim was a farmer, rancher and insurance adjuster for Farm Bureau Insurance for thirty-six years. He loved his family and took great pleasure in attending all the many activities Angela was involved in. He enjoyed watching movies, Kansas City Chiefs, Kansas City Royals and Kansas State Football. He was a member of the Xenia Masonic Lodge, Scottish Rite Consistory, Mirza Shrine and the Mapleton United Methodist Church.