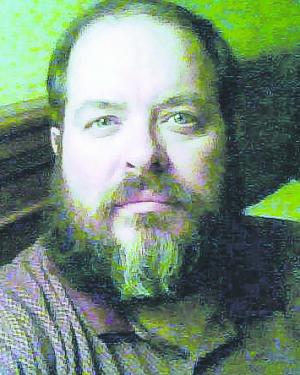 Kenneth Dale Roberts, age 63, a resident of Fort Scott, Kan., passed away unexpectedly Wednesday, Oct. 9, 2019, at his home. He was born May 8, 1956, in Fort Scott, the son of Kenneth Ray Roberts and Joanne Lloyd Roberts.

Dale attended school in both Fort Scott and Pittsburg and graduated from the Pleasanton High School.

Dale worked for Ward-Kraft in Fort Scott for 15 years. He later served as vice president of Ross Martin and Corporate Express, a printing company based in Tulsa, Okla. Dale and his wife later owned and operated Comfort Keepers, an in-home care service in Owasso, Okla.

Following retirement, Dale and his family returned to Fort Scott. He enjoyed woodworking as well as hunting, fishing and traveling. He was a member of the Grace Baptist Tabernacle.

Survivors include his two children, Brett Roberts and Danielle Roberts, both of Fort Scott; his mother and stepfather, Joanne and Ralph Bradley, of Cottonwood Falls, Kan.; two brothers, Kevin Roberts, of Pleasanton, Kan., and Kurt Roberts, of Cottonwood Falls; and a sister, Penny Talmage, of Ottawa, Kan. Also surviving are his father-in-law, Herb Hickman, of Pittsburg, Kan.; and a close family friend, Matt Nelson, of Owasso.

His wife, Cynthia, preceded him in death on June 17, 2015. He was also preceded in death by his father, Kenneth Ray Roberts; an infant brother, Scott Roberts; and his mother-in-law, Shirley Hickman.

Memorials are suggested to the Grace Baptist Tabernacle and may be left in care of the Cheney Witt Chapel, 201 S. Main, P.O. Box 347, Fort Scott, KS 66701. Words of remembrance may be submitted to the online guestbook at cheneywitt.com.