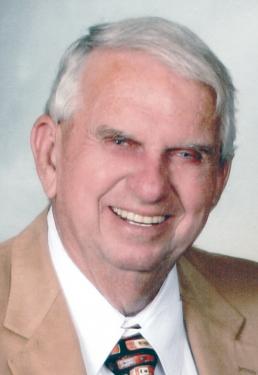 Linn County News
Published Aug. 8, 2018
Kenneth Henne, 81, passed away Aug. 5, 2018, at Kansas City Hospice House after a courageous battle with cancer. He was born in Hume, Mo., on July 14, 1937, to Verl and Ruby (Wakefield) Henne. He graduated from Hume High School and briefly attended Pittsburg State University in Pittsburg, Kan.
He married Sharon Thompson in 1962 and to this union was born two sons, Ryan L. Henne and Brett T. Henne.
In 1965, Kenney purchased a commercial lawn and garden equipment company and established Henne Distributing Co. That company later included an ice plant and, after selling both of those products, became a used car lot specializing in work vans and pickup trucks.
Kenney and several other neighborhood fathers took their sons to Canada on fishing trips for several years and enjoyed many wonderful memories of those trips. He also coached his sons’ Little League basketball teams. His passion was antique cars, and he especially enjoyed going to car shows and swap meets. He and a good friend were among the early “pickers,” and they traveled through several states looking for antique car parts that they later sold at these swap meets. Kenney and Sharon enjoyed traveling. A highlight of those travels included locating and visiting the Henne ancestral home in Germany and meeting a cousin.
Kenney was preceded in death by his parents and by his son, Brett.
He is survived by his wife Sharon; his son, Ryan (Pauline); granddaughters Michaela Ann and Catherine Mae; a sister, Joy (Don) Flanner; many cousins; a nephew and niece; brother-in-law Raymond (Joyce) Thompson; and many, many friends.
A visitation will be held from 5-8 p.m. Wednesday, Aug. 8, 2018, at Mt. Moriah, Newcomer & Freeman Funeral Home, 10507 Holmes Road, Kansas City, Mo. Funeral services will take place at 11 a.m. at the funeral home on Thursday, Aug. 9.
In lieu of flowers, memorials may be made to Hume, Mo., Cemetery Association, c/o Security Bank, 9344 SW 2nd St., Hume, MO 64752; or Heifer Project International, 1 World Avenue, Little Rock, AR 72202.