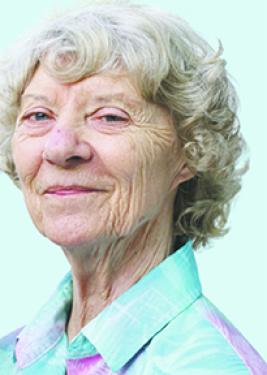 LaDonna was raised in Mound City with five siblings. She graduated from Mound City High School in 1955. She continued on to college in Kansas City but had to leave and forego her education due to a fire at her parent’s home in Mound City.

Following Mike’s passing in 1996, LaDonna worked cleaning cabins in Buffalo, Mo. Her daughter Leslie passed away in March of 2001. LaDonna decided to move to Rapid City, S.D. to live with her daughter Christy in 2008. She enjoyed being a part of the Canyon Lake Senior Citizens Center where she played a lot of pinochle and thoroughly enjoyed the Saturday night dances.

LaDonna enjoyed ceramics, camping at Table Rock Lake with Les and her girls, square dancing with Mike, Pepsi and anything sweet! Her favorite singer was Elvis Presley.

LaDonna will be dearly missed by all who had the pleasure of knowing her and her joyful laugh. Her family knows she is in a place where she is square dancing, playing cards and hopefully meeting Elvis Presley!