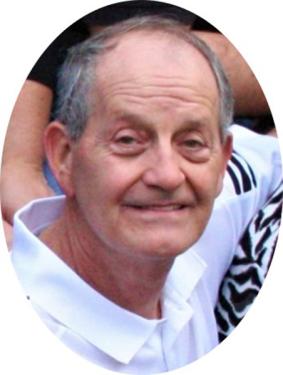 Uniontown, Kansas on Saturday, January 8 th , 2022 at 1 p.m. The family invites all to fellowship at a casual

reception immediately following the service. In lieu of flowers, contributions can be made to the care of

Linda Neville for incurred medical expenses. A livestream of the service, condolences, and on-line

contributions to the family can be accessed at www.midwestfuneralservices.com.

Larry was born on July 19, 1952 in Girard, Kansas; the son of Merle Eugene and Jessie Mae (Ausemus)

Neville. Larry graduated from Fort Scott High School in 1970. While attending classes at FSCC, he met

and soon married his devoted wife Linda. They had 47 wonderful years of marriage. He was “Dad” to

committed and thorough in his work. Over the years, he had many places of employment including

Dayco/Carlisle Products, and Dale Jackson Oil Production Company. He was also very giving of his time

and devoted to community service. His activities included the Masonic Lodge and Eastern Star, Bronson

Member/President for Uniontown USD 235, as well as accounting work for the cities of Uniontown and

Bronson. While he lived the majority of his life in Southeast Kansas, he had shared the last eight years

close to family residing in Nixa.

He was preceded in death by his father Merle Neville, father-in-law Dorwin Jackson, and brother-in-law

Larry will be laid to rest at Turkey Creek Cemetery north of Uniontown at 4 p.m.