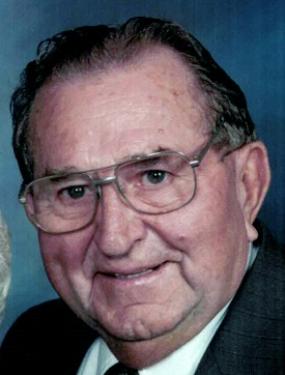 Linn County News
Published Sept. 12, 2018
Leon Staton, age 93, Pleasanton, Kan., passed away on Friday, September 7, 2018, at Medicalodges in Butler, M0. He was born on Monday, Aug. 24, 1925, near Pleasanton, the son of Novel “Bud” and Maude Bright Staton.
He enlisted in the United States Navy in 1943 and served his country during World War II. After being honorably discharged, he worked for Boyd Brothers Construction and later in the pipeline industry.
He married Lucy Coffel on Jan. 24, 1949. Together they owned and operated Leon’s Appliance. He was also a plumber and raised cattle.
He was a member of the Pleasanton First Christian Church and held the position of Elder Emeritus. Leon was also a member of the VFW, Masonic Lodge, Scottish Rite Consistory and Mirza Temple. He enjoyed upland bird hunting and always had a bird dog for the hunts.
He was preceded in death his wife Lucy on Dec. 12, 2014; a daughter, Brenda Staton; his parents; and four brothers, Pete, Milford, Johnny and Eugene.
Leon is survived by three daughters, Marilyn Peak, Reva Robinson and Larry, and Debra Ellis and Wayne; a son, Eddy Staton and Sharon; a brother, Buddy Staton; 13 grandchildren; and 15 great grandchildren.
Funeral service will be 11 a.m. Wednesday, Sept. 12, 2018, at the Schneider Funeral Home and Crematory, Pleasanton Chapel. Burial will be in the Pleasanton Cemetery.
Contributions are suggested to the Pleasanton First Christian Church or the Wounded Warrior Project, c/o Schneider Funeral Home, P.O. Box 525, Pleasanton, KS 66075.