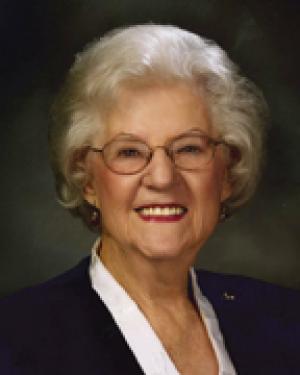 Margaret graduated from the Fulton High School. She married Richard Needham on Sept. 30, 1939, at Mapleton, Kan. She worked as a beautician in Mapleton for 34 years. She later worked as a tax preparer for H&R Block for 25 years. She also did bookkeeping and was a licensed real estate agent with Hammons Realty. Following retirement, Margaret helped foreign exchange students learn conversational English at Fort Scott Community College. She also volunteered with Mother to Mother Ministry, Tri-Valley Developmental Services and served as a board member for the Southeast Kansas Community Action Program. She was a member of the Fort Scott Community of Christ Church.

Her husband, Richard, preceded her in death in 1987. She was also preceded in death by two brothers Kenneth and Eugene Foote and three sisters Edith Staley, Mildred Cooley and Helen Foote.

Funeral services were held Saturday, Oct. 15 at the Mapleton Community of Christ Church. Burial followed in the Mapleton Cemetery. Memorials are suggested to the Tri-Valley Developmental Center and may be left in care of the Cheney Witt Chapel, 201 S. Main, P.O. Box 347, Fort Scott, KS 66701. Words of remembrance may be submitted to the online guestbook at cheneywitt.com.