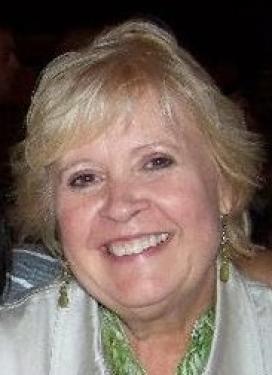 Marsha Aileen McGee Daves, 61, formerly of Linn County, Kan., passed away Monday, Aug. 10, 2015, at her daughter’s home in Frederick, Md. She was born May 30, 1954, at Garnett, Kan., the daughter of Earnest and LaVerne Lamb McGee.
She graduated from Blue Mound High School. She then attended Northeastern Oklahoma College. She earned a bachelor’s degree at Central State University and her master’s degree from Oklahoma State University.
While growing up, she was active in the Wall Street Christian Church. She most recently attended Frederick Christian Fellowship Church. Marsha was a talented seamstress and enjoyed traveling, whether it was for work or pleasure. She has journeyed to all 50 states, except Hawaii, and has traveled to numerous foreign countries as well. One of the most memorable trips was with her family to Israel in 2008.
Her working career was very important to Marsha. She was currently employed as director of education and training with Skills U.S.A. Some accomplishments she has made while being part of the Skills U.S.A. team are: first recipient of the Marsha Daves Lifetime Achievement Award, Skills U.S.A. Board of Directors, Chair of the State of Oklahoma Director’s Association, and recipient of the Honorary Life Award. As one can see, Marsha was truly an educator, adviser, and mentor. However, she considered her greatest accomplishment to be raising her two children, Lucas and Amber.
She was preceded in death by her father.
She is survived by her mother La Verne McGee; son Lucas Daves; daughter Amber Nagle and husband Tony; two brothers, Marion McGee and wife Theresa, and Ronald McGee and wife Valerie.
Funeral services were Saturday, Aug. 15, 2015, at the Wall Street Christian Church. Burial was in the Sunny Slope Cemetery, Blue Mound, Kan. The family suggests contributions to the Marsha Daves Scholarship, c/o Skills USA Foundation, 14001 Skills USA Way, Leesburg, VA 20176. Online condolences for the family may be left at www.schneiderfunerals.com. Arrangements: Schneider Funeral Home and Crematory, Mound City Chapel.