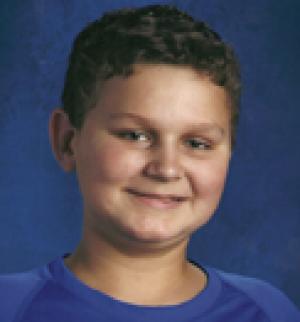 Michael Wayne-William Cox, 13, died as the result of a canoe accident on Saturday, May 16, 2015. He was born at Fort Scott, Kan., Oct. 4, 2001, the son of Wesley and Patricia Jackson Cox.
He had just finished seventh grade in the Pleasanton Junior High School. He enjoyed playing video games, riding his bike and spending time with his family.
He is survived by his parents, Wesley and Patricia; siblings, Heath, Zack, Chelsea, Malcolm and Jayden; paternal grandparents, Bill and Myrt Cox; and maternal grandparents, Bill Jackson and Joyce Pratt.
Funeral service will be held at 10 a.m. Friday, May 22, 2015, at the Schneider Funeral Home and Crematory, Pleasanton Chapel. Burial will be in the Pleasanton Cemetery. Visitation will be held from 5-7 p.m. Thursday at the Pleasanton Chapel. Contributions are suggested to the Siblings’ Education Fund. Online condolences for the family may be left at www.schneiderfunerals.com. Arrangements: Schneider Funeral Home and Crematory, Pleasanton Chapel.