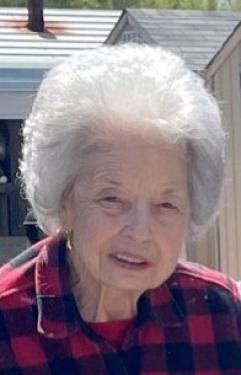 Irene was born Aug. 6, 1939, in Kansas, the daughter of Otis and Josephine (Ingram) Diehm. She grew up in the Parker area and graduated from Parker High School in 1957.

She was united in marriage to Ralph Brandt on May 16, 1959, at Paola, Kan. They became the parents of one daughter. They made their home in Parker for a few years and then moved to Osawatomie. Irene and Ralph moved back to Parker when Irene’s mother’s health was declining and lived there for 30 years. They moved to Miami, Okla., in 2012.

Irene worked at the Osawatomie State Hospital as a licensed psychiatric aide for 34 years.

She loved her dogs. She always had a house dog. Pomeranians and Yorkies were her favorite breeds, she had several of them over the years. She also liked to cook. Going out to eat at restaurants was something else she enjoyed. Flea markets and swap shops were frequently on her schedule.

She was preceded in death by her parents; her brother Otis J. Diehm; and her sister Maxine Painter.

She is survived by her husband Ralph of the home; daughter Debra Choate (Jeff) of Geary, Okla.; two grandchildren, Sara Lee (Jason) and Melissa Howard (Larry); one great-grandchild, Cash Lee; and many other relatives and friends.

Family and friends are encouraged to post their memories and condolences on Irene’s tribute wall at www.dengelmortuary.com.