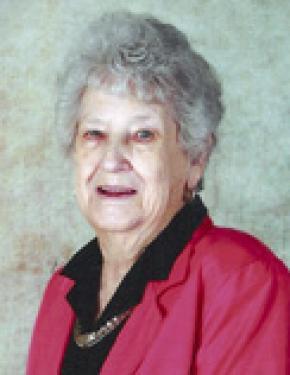 Novella Bogan-Finwick, 98 years, 3 months and 13 days, passed away Wednesday, Jan. 14, 2015, at Prescott Country View. She was born Oct. 1, 1916, at Jericho Springs, Mo., the daughter of Loy and Velma Finwick Boston. She graduated from Jericho Springs High School.
She was preceded in death by two husbands, Carl Bogan and Elmer Finwick. She was also preceded in death by a son, Gerald Bogan; two great-grandsons, Bret Loy and Brett Landon Bogan; and nine siblings.
Novella owned and operated Bogan’s Cafe from 1955 until 1982. She then was a cook at the Hume School before retiring at the age of 70.
Novella is survived by a son, Larry Bogan and wife Harriet; daughters, Joyce Cannon and husband Marion, and Janice Koehn and husband Ronnie; a daughter-in-law, Sharon Bogan; two sisters, Nellie Dale and Rosalie Darnall; 11 grandchildren; 41 great-grandchildren; and 21 great-great-grandchildren.
Funeral service was held Saturday, Jan. 17, 2015, at the Hume Christian Church. Burial was in the Hume Cemetery. The family suggests contributions to the Hume Cemetery. Online condolences for the family may be left at www.schneiderfunerals.com. Arrangements: Schneider Funeral Home and Crematory, Hume Chapel.