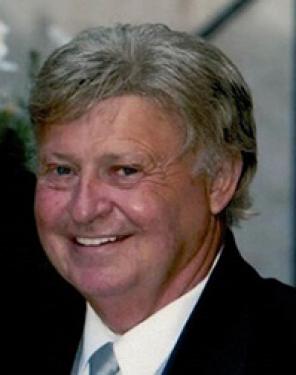 Richard L. "Dick" Carpenter, age 75, Pleasanton, Kan., died Thursday, Sept. 17, 2020. He was born on Aug. 12, 1945, in Boicourt, Kan., the son of Harold Frank and Clara Fern Rhynerson Carpenter. He graduated from Pleasanton High School in the Class of 1963. He then attended Pittsburg State University earning a Bachelor’s Degree in Business Administration.  Dick was united in marriage to Sandi Cox on Aug. 12, 1967.

He proudly served his country in the Army National Guard. While in high school Dick worked for Smith Miller Construction, a company he would later own. He divested of Smith Miller and pursued an opportunity with Southern Railroad Services. He later founded and was current CEO of RLC, Inc., an automated storage and retrieval system company.

Family was the most important thing in Dick’s life. He was a pilot and enjoyed fishing, hunting, golf and motorcycles. He even had a motorcycle museum, Carpenters’ Ol Iron Side. Dick was a community-minded man. He was the current president of the Pleasanton School Board, helped coach ball teams and funded a ball field in Pleasanton.

Funeral service will be held at 11 a.m. Wednesday, Sept. 23, 2020, at the Pleasanton High School gymnasium. Burial will be in the Pleasanton Cemetery. Visitation was scheduled from 5-7 p.m. Tuesday, Sept. 22, 2020, at the Schneider Funeral Home and Crematory, Pleasanton Chapel. Contributions are suggested to the Richard Carpenter Memorial, to be used for charities selected by the family, c/o Schneider Funeral Home, P.O. Box 525, Pleasanton, KS 66075. Online condolences can be left at www.schneiderfunerals.com.