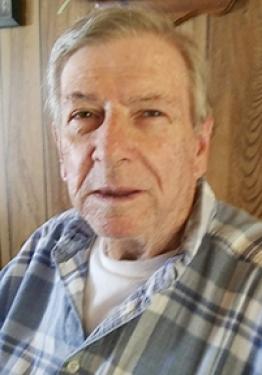 After his departure from the Army, Robert became a firefighter for Kansas City Kan. He would continue this service through to retirement in 1995.

Better known to family and friends as Bob, he spent most of his life surrounded by anything that had to do with a hot rod, or race car, and even took up racing the dirt track himself, against the better judgment of his mom. If it had tires, or a motor you could guarantee Bob wanted a part of it. Whether he was helping a friend work on it, or getting it ready for a car show or a track to race as his own. As his love for racing and working on cars followed him through the years, so would his eagerness to teach his children, and grandchildren; often spending time with any of them tinkering on the next car, in the garage. Family was the only thing to trump his need for speed.

Bob is preceded in death by his wife; father; mother; and daughter, Bobbie Jean.

Family asks in lieu of flowers any contributions be made to Show Me Vintage Racing, christysheppard7@yahoo.com, smvr.net.

Funeral Ceremony will be held at 1 p.m., Saturday, July 23, 2022, at the Schneider Funeral Home and Crematory, Pleasanton Chapel. Visitation will be from 12 p.m. until service time at the chapel.  Online condolences may be left at www.schneiderfunerals.com.