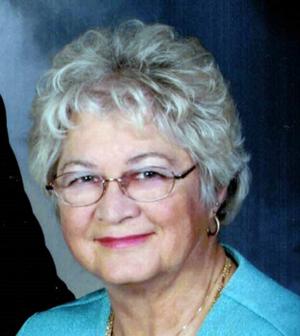 She married Jack Shroyer on May 28, 1961, in Prescott, and to this union two children were born, a son, Gary, and daughter Cheryl.

Elaine had worked for Western Insurance, State Farm Insurance, the City of Prescott and Prescott Grade School. She attended nursing school at Fort Scott, graduating in 1983, and went to work at Mercy Hospital, Prescott Country View Nursing Home, and Linn and Bourbon County Health Departments until she retired in 2005.

Elaine was preceded in death by her daughter, Cheryl Shroyer, in 1982; her parents; three brothers, Duane, Raymond and Richard Post; and one sister, Florence Post.

Funeral service was held Monday, Feb. 25, 2019, at the Prescott United Methodist Church. Burial was in the Prescott Cemetery.

The family suggests contributions to M.A.D.D. Online condolences for the family may be left at www.schneiderfunerals.com.