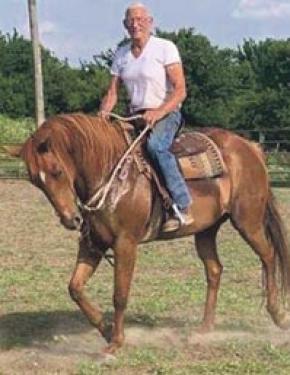 Ronald Brinson Burton Sr., age 78, Blue Mound, Kan., passed away Saturday, Aug. 28, 2021. He was born on Sept. 15, 1942, in Vanceboro, N.C., the son of Willy Thomas and Lilla Mae Hendrix Burton. He proudly served his country in the United States Marine Corps. He was united in marriage to Jessie Williams on Jan. 23, 1965. She preceded him in death on April 22, 1999. He later married Debra Ahart on July 7, 2000. Ron was a journeyman inside wireman by trade. He was a member of the IBEW Local No. 124. He ranched, trained race horses and raised and showed Charolais cattle. He attended the Wall Street Christian Church. He was an airplane pilot and owned his own plane. He was a member of the AQHA, APHA and the Jockey Club Horse Associations.