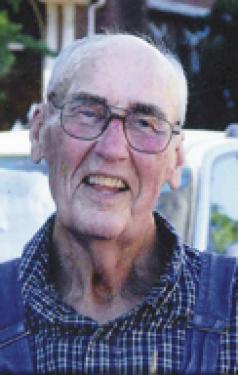 Samuel Lester Stevens, 83, formerly of Parker, Kan., died Thursday, June 19, 2014 at the Olathe Medical Center in Olathe, Kan. Sam was born May 14, 1931 in Martinsville, Mo., the second of three children born to Samuel Jackson and Helen (Maples) Stevens-Irey.
He attended school in Martinsville, Mo., and graduated from Martinsville High School in the class of 1950.
On July 24, 1951, Sam enlisted in the United States Navy and served four years during the Korean War. He was honorably discharged on July 21, 1955.
Sam married Ava Jean Henry on Nov. 19, 1955 in Kansas City, Mo. They made their home in Kansas City for a short time then moved to Olathe, Kan. They later moved to Spring Hill, Kan., where they lived for about eight years. Their family was growing and they became the parents of three children, Randall, Belinda and Melissa. He moved his family to Fontana, Kan., where they lived for over 20 years, later moving to Parker, Kan., where they resided for 14 years. Sam and Ava Jean were married for over 57 years when Ava died on Feb. 21, 2012.
Sam worked for General Motors in the Delco Battery Plant in Olathe, Kan. He made the “battery life” for the batteries in the production assembly area. He was employed at Delco Battery from June 26, 1956 until he retired in 1988.
Sam was born a farmer and loved being outside working in the yard, gardening numerous plants from flowers to vegetables. He loved animals and even raised pigs for a while. And of course, his beloved canine friends Angie and Annie. He enjoyed fishing and was an avid basketball fan, which started when he played in high school.
He was president of the local UAW in Olathe, a member of the Fontana Masonic Lodge, a member of the Swan Chapter of Order of Eastern Star and was also an honorary member of the Miami County Livestock Improvement Association.
Sam was preceded in death by his parents; his wife, Ava Jean; one daughter, Melissa Hope Orth; his brother, Robert Stevens; and his step-mother, Mary Blaise Stevens.
He is survived by his son, Randall Stevens of Paola, Kan.; and one daughter, Belinda (Stevens) Beagle of Mayetta, Kan.; one granddaughter, Gabrielle Orth of Blue Mound, Kan.; brother, Max Stevens of Alabama; and sister in-law, Annie Henry of Lakehills, Texas.
Services were  Tuesday, June 24 with military honors, at Eddy-Birchard Funeral Home, Osawatomie, Kan. Burial was at the Cadmus Cemetery, Cadmus, Kan.
Memorials are to the American Legion Riders and the Miami County Humane Society. Memorials may be sent in care of the Eddy-Birchard Funeral Home P.O. Box 430, Osawatomie, KS 66064.