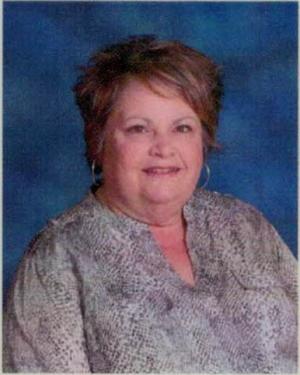 She attended school in Miami and graduated from high school there in 1972. She also attended college at Pittsburg State University, receiving a Bachelor of Science Degree in Education in 1981.

On Nov. 24, 1973, Sheila married Ron Price in Miami. They moved to La Cygne to begin their teaching careers at Prairie View USD 362. Sheila taught 30 years in the school system, fourth grade at Fontana Elementary then finishing her career at Parker Elementary teaching kindergarten. During that time she loved teaching students who later became lifelong friends.

Sheila was a member of KNEA and the local chapter of PEO. She was a member of the United Methodist Church, where she was a member of many committees, taught Sunday school and Vacation Bible School. Some hobbies included playing bridge and bunko with her girlfriends. She enjoyed getting together to share laughs and meal with friends. Being a coach's wife, Sheila sat through many games, whether it was for her own children, grandchildren or the local athletes; Sheila was a loyal supporter of Prairie View High School athletics. Sheila also loved spending time with all of her grandchildren, playing Mexican Train Dominos, going to lunch or visiting them at school for Grandparents Day.

She was preceded in death by her grandparents; her father, Benjamin Swango; stepfather Bill Christenson; and her brother, Greg Swango.

A celebration of life was held on Monday, July 22, at the United Methodist Church. Burial took place following the service at Oak Lawn Cemetery, La Cygne.

Memorials have been established in her name with Parker Elementary School and United Methodist Church. Donations can be sent to Schneider Funeral Home, 202 N. 4th St., La Cygne KS 66040.