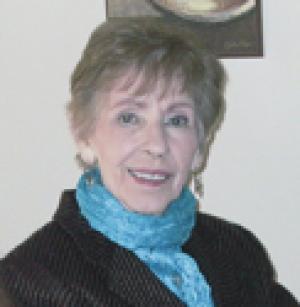 Shirley Pieratt-Ellis passed away Wednesday, May 13, 2015, in Joplin, Mo. She was born Nov. 9, 1931, near Casey, Iowa, to John and Ruby Wilkerson.
The family then moved to the Pleasanton, Kan., area where Shirley grew up before moving to Kansas City. She graduated from Rich Hill High School in 1949.She began a lifelong career working briefly for Bell Telephone (AT&T) and then as supervisor at the waferfab department for Western Electric (Lucent) in Lee’s Summit, Mo., retiring after 29 years of meritorious service.
Shirley first married Harley H. Pieratt on July 6, 1951, in Kansas City. Their marriage produced two sons and one daughter. She later met and married Keith Ellis which lasted until his passing in 1996.
She lived and worked in Kansas City and Lee’s Summit for many years before moving to Joplin. She had many hobbies, including gardening, painting, and enjoying all types of music. She was a lifelong fan of both the Royals and Chiefs. She was loved and admired by all who knew her.
She is survived by her son, Lyle Ren Pieratt, of San Francisco, Calif.; and all eight of her brothers and sisters, Juanita Wilkerson of Joplin, John Dale Wilkerson and wife Ruth of Kansas City, Dixie Springer and husband Leon of Joplin, Ken Wilkerson and wife Dixie of Independence, Mo., Bill Wilkerson and wife Kay of Pleasanton, Evelyn Roberts and husband Steve of Panama City Beach, Fla., Karen Stephan and husband John of Marietta, Ga., and Terry Wilkerson and wife Denise of Olathe, Kan. There are many nieces and nephews.
The Rev. Oliver W. (Bill) Hawk will conduct the memorial service at 11 a.m. Friday, May 22, at the First Baptist Church of Pleasanton in Pleasanton. The family suggests contributions to The Children’s SPOT of Saint Luke’s, which may be sent in c/o Schneider Funeral Home and Crematory P.O. Box 525, Pleasanton, KS 66075. Online condolences may be left at www.schneiderfunerals.com. Arrangements: Schneider Funeral Home and Crematory, Pleasanton Chapel.