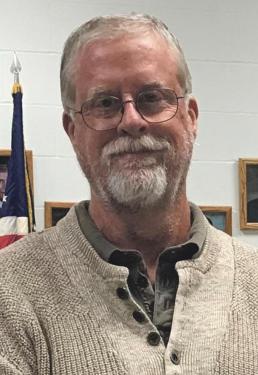 Doug, as he was affectionately known, was born Oct. 21, 1952, in Lawrence, Kan., to Hunter Ray Suddock and Wilhelmina “Billie” Rose (Troll) Suddock. By the time he was in junior high, his family moved to Pleasanton, Kan. There, Doug graduated as the class president for the class of 1970 at Pleasanton High School. Later, he would attend Ft. Scott Community College and Pittsburg State University.

As a son of a KCP&L lineman, Doug’s careers headed in a similar direction and included a city inspector of Pittsburg and as an electrical engineer at TEC Systems and Air Products in Wichita. Later he was employed at Vulcan Chemicals before establishing his own consulting business. In 2012, Doug returned to electrical engineering for the current day Oxy Chemicals.

While living in Pittsburg, he met and married the love of his life, Patricia “Trish” Marie (Nelson) McMillin. Doug and Trish moved to Conway Springs, Kan., shortly after where they became loved members of the community.

While the years with his family fell short, his years here were well spent. Doug turned hobbies into passions. His inquisitive nature meant learning new and traditional ways to expand on things such as wine making, gardening, woodcrafting and herbal remedies. Of these the last few years, Doug loved making woodcrafted gifts for friends and family and teaching others the healing benefits of natural cures. He was well-known for his extensive, diverse knowledge and for his dry wit.

Doug was also very involved in his Catholic faith and loved sharing it with others. He led others into the church through the CCD program. He reached the level of 4th Degree Knight in the Knights of Columbus and served as district deputy for a period of four years.

Doug was preceded in death by his parents.

Rosary will be at 7 p.m. Thursday, Jan. 13, 2022, and the Funeral Mass will be celebrated at 10:30 a.m. Friday, Jan. 14, 2022, both at St. John the Evangelist Catholic Church, Clonmel, Kan. Interment will follow in St. John Cemetery, Clonmel. Arrangements are by Ebersol Mortuary, Conway Springs.  Online condolences and guest book are available at www.ebersolemortuary.com.

A memorial has been established to the St. John the Evangelist Catholic Church Building Fund, 18630 W. 71st  St. So, Viola, Kan. 67149 and to Home Health and Hospice of Kansas.