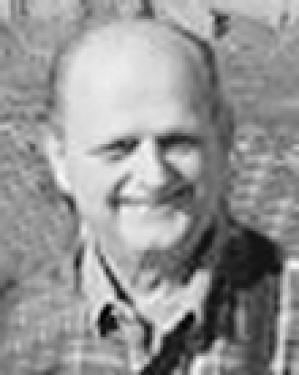 He was a graduate of Fulton High School. He was one of four 4-H delegates who represented Kansas at the National 4-H Conference held in Washington, D.C., in 1956.

Following that divorce he spent 19 years with his life partner Georgina Hunter. She preceded him in death.

He graduated from the Washburn School of Law with a JD degree in 1966. He was admitted to the Kansas Bar that same year. In 1967, Tom, along with Larry Nuss, formed the legal partnership of Van Sickle and Nuss Law Firm in Fort Scott. The firm continues today as Nuss and Farmer.

Tom was the youngest person elected to the Kansas Legislature as a state representative in 1958. While in the Kansas House of Representatives, Tom drove Roland Hyle, George Bainum and himself to Washington, D.C., for a week to present to the Kansas congressional delegation the idea of making a national historic site of the remains of the old fort. Their most important contact was with Joe Skubitz, then administrative assistant to Senator Andy Shoeppel. Tom was elected as Kansas state senator for three terms to represent this district in 1960, 1964 and 1968. While a member of the state senate, Tom led the successful debate to maintain U.S. Highway 69 status as part of the Kansas freeway system and prevented it from becoming a turnpike. He was elected Kansas state treasurer for one term in 1972. Tom ran twice for Kansas attorney general. He lost the primary the first time and lost the general election the second time. He was always active in the Republican Party having served as the executive secretary of the Young Republican National Federation and later the chairman of that organization. He was the Republican delegate for the United States to the New Iran Party, Tehran, Iran, in 1967. He was an alternate delegate for the United States to the meeting of UNESCO, Paris, France, in 1970. In 1960, he served as the chief page for the Republican National Convention. He was the assistant field director for the Draft Goldwater Committee and the assistant floor manager for the Goldwater for President Committee at the Republican National Convention in 1964.

Upon moving to Arizona, Tom continued to be active in politics. He served as the chairman of the Arizona Committee for Ronald Reagan for President in 1979–1980. He was an Arizona delegate to the Republican National Convention held in Detroit in 1980. He was the field director for Reagan for President in both Arizona and Hawaii in 1980. Tom was a guest at the White House state dinner for the Pakistan president in 1985.

While living in Arizona, Tom was the principal developer of the Scottsdale Industrial Air Park. He developed residential real estate and two strip shopping centers in Sedona, Ariz., and became chairman of Scottsdale’s Security Savings and Loan. Tom continued his education by receiving an associate of arts degree in general studies with honors from the Yavapal Community College in 2007. With the Honors Class he was able to spend a week’s trip to Prague, The Czech Republic. He was a member for one term of the Board of Trustees of Baker University and delivered the commencement speech for their College of Education on May 22, 2011. He received this honor “In recognition of his contributions and dedication to the public sector and servant leadership.” He was a lifetime member of the Kansas University Alumni Association, past member of the Fort Scott Rotary Club and Friends of the Fort. In both Kansas and Arizona, Tom was active in the local chambers of commerce. He served on the board of directors in Fort Scott, Scottsdale and Sedona. He served one year as chairman of the Sedona Board of Directors.

Tom donated his body to science research at the University of Kansas Medical Center and a memorial service will be held at a later date. Donations in his honor are suggested to the Fort Scott Area Community Foundation Trolley Fund and may be left in care of the Cheney Witt Chapel, 201 S. Main, P.O. Box 347, Fort Scott. Words of remembrance may be submitted to the online guestbook at cheneywitt.com.