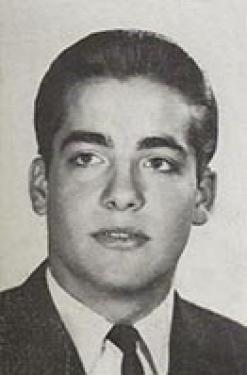 Jack was born on Feb. 20, 1948, in Fort Scott, Kan., to William Jack Simons, Sr. and Welcome Irene “Becky” Floyd Simons. The family soon relocated to Santa Paula, Calif., where they managed a lemon and avocado farm. Jack graduated from Santa Paula High School in 1966, and worked for his parents and in oil fields before moving back to Kansas in 1973.

He met Cheryl Higgins of Prescott, Kan., and they married in 1974. She survives of the home. They have three children, Jacob (Fara) of Mound City, Abigail Fern (Mark) of Pittsburg, Kan., and Joshua of Denver, Colo.; and four grandsons, Schuyler, Webb, Carson, and Beck.

Jack started work at the Rural Electric Cooperative in 1974, becoming a lineman. He worked for Westar Energy as a journeyman lineman starting in 1990, retiring in 2007.

Jack was preceded in death by his parents; his sisters Connie Seabolt and Jeannie Davis; his brother Clay Simons; and his in-laws, Mick and Opal Higgins.

Before suffering a stroke in 2012, Jack lived a colorful and active life. He had endless energy to help his children, family, neighbors, and friends with any project at any time. He and Cheryl worked hard to make their rural home a gathering place for all, and he leaves behind a large and devoted group of family and friends. Jack was the life of the party, loved music and riding his motorcycle, and found humor in most things in life.

A drop-in celebration of life and visitation will be held Monday, July 26 from 4 – 6 p.m. at Schneider Funeral Home in Mound City, Kan. In lieu of flowers, the family suggests donations to Concern in Mound City, or a charity of your choice. Online condolences can be left at www.schneiderfunerals.com.