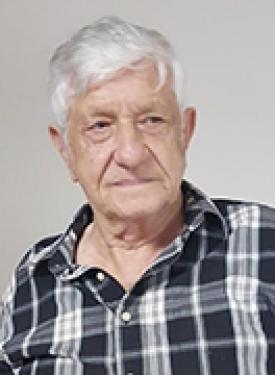 Albert Joseph "Joe" Elliott, age 83, Mound City, Kan., passed away on Wednesday, April 22, 2020. He was born at his grandmother's home in rural Miami County, Kan., the son of Merritt Joseph and Frances Alberta Young Elliott. He graduated from Paola High School in the Class of 1956. He took training at trade school for refrigeration and automatic transmissions. He worked as a psychiatric aid at the Osawatomie State Hospital, grocery store manager, meat cutter and finally as a maintenance supervisor at Prescott Country View. Joe was united in marriage to Eunice Michael on July 17, 1978. She preceded him in death on October 6, 2011. He was a member of the Church of Jesus Christ of Latter Day Saints, Mound City Branch. He enjoyed sky diving, square dancing and ice and roller skating. He was also preceded in death by his parents and a grandson, Aaron Alexander. Joe is survived by two sons, Kevin Alexander and Jim Alexander (Gloria); three daughters, Vickie Robinson (John), Kim Alexander, and Tina Maxwell (Tom); a sister, Pat Stites (Marion); ten grandchildren and three great-grandchildren.