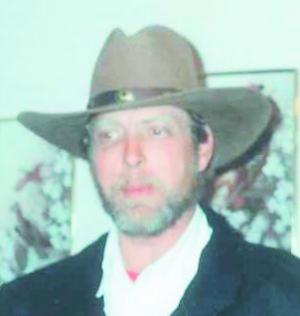 Anthony Glenn “Tony” Godfrey, age 55, of Osawatomie, Kan., passed away Sunday, Oct. 25, 2015, at the Medicalodges of Gardner, Kan.
Tony was born Dec. 15, 1959, in Springfield Greene, Mo., the eldest child of four to Donald Gene and Donna Faye (Rakow) Godfrey.
On March 20, 1993, Tony married Teresa Pauline (Daulton) Harper in Osawatomie. Along with Teresa’s four children, they made their home in Osawatomie. The family of six soon became a family of seven with the arrival of Tony and Teresa’s only child, Joshua.
Tony worked for several different places in the Miami County area including McLean Auto Body, Triangle Construction and Medicalodges of Paola, Kan. While working for the Electric Shop in Paola in 2001 he suffered a massive heart attack. It took many attempts by doctors to save his life and many days in intensive care, but Tony was not ready to give up, though it left him permanently disabled and required him to live in a health care facility for the last fourteen years.
He is survived by his wife, Teresa; son, Joshua Godfrey (Linsay Caudill); four stepchildren Kenny (Audra) Harper, Stacy (Mark) Hazlett, Jennifer Harper (Chris West) and Jimmy Harper all of Osawatomie; two brothers Joe Godfrey of Parker, Kan., and Bruce Godfrey of Lane, Kan.; one sister Paula McGuire of Parker, Kan.; two stepbrothers Dwight McNeill of Paola and Richard McNeill of Missouri; two stepsisters, Cassandra Reynolds of Hillsdale, Kan., and Valorie Smith of Bartlesville, Okla.; and twelve grandchildren Attilynne, Austin, Brayden, Shelby, Cody, Landon, Gavin, Jalynn, Haley, Rylee, Maddison and Makayla; along with many other family and friends.
Visitation will be 6–8 p.m. Thursday, Oct. 29, services will be at 10 a.m., Friday, Oct. 30, both at Eddy-Birchard Funeral Home, 203 Main, Osawatomie, Kan. Private family burial. Memorial: Tony Godfrey Memorial Fund, leave condolences at www.eddybirchard.com.