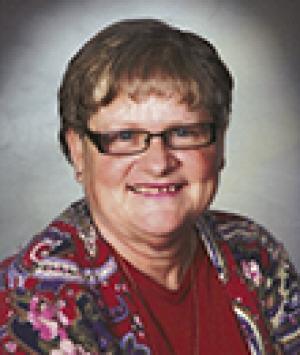 Arlene was born March 20, 1953, in Clay Center, Kan., the daughter of Dean and JoAnn (Hannan) Sharp. Her family moved to Topeka where she attended Topeka Public Schools. She graduated from Highland Park High School in 1971 and then she attended Washburn University graduating with both B-ED and M-ED degrees. Arlene taught special education classes in grades kindergarten through high school for 24 years with several school districts.

She married Dale A. Cathey on June 3, 1972, who is also an educator. For many years they worked together at youth and family camps held by the Community of Christ during their summers when school was not in session.

Survivors include: husband, Dale Cathey, of the home; son John Cathey of Centennial, Colo., with his fiancée Alexandra Crawfurd (with a September wedding planned); parents Dean and JoAnn Sharp of Holton, Kan.; brothers Gary Sharp of Topeka, Kan., and David Sharp of Shidler, Okla.; one aunt Lois Winter, of Topeka, Kan.; and several nieces and nephews.

She was preceded in death by sons William Dean and Shane Christopher Cathey; and a sister Cathy (Sharp) Chandler.