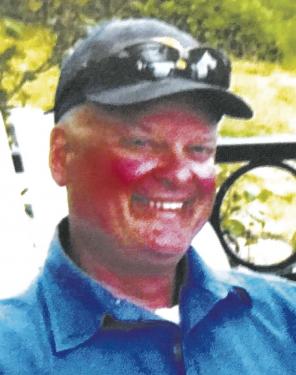 Linn County News
Published July 19, 2017
Arnold L. Ayers, age 52, of Blue Mound, Kan., passed away at his home on July 15, 2017. Arnold was born Nov. 6, 1964, in Garnett, Kan., the son of Jerilyn (Ginther) and Roger Ayers.
He is survived by father Roger Ayers of Blue Mound; mother and stepfather Jerilyn and Tom Cannon of Iola, Kan.; a brother, Terry of Blue Mound; sister Melissa Cannon-Smith and husband Kent of Prairie Village, Kan.; nieces Diana Throckmorton and husband Tyler of Lee’s Summit, Mo., Julia Ayers of La Harpe, Kan., and Stella Cannon-Smith of Prairie Village; and many aunts and uncles.
Arnold attended elementary schools in Blue Mound and Iola; he graduated from Sylvan-Grove High School in 1983, where he played football. Arnold was self-employed. He enjoyed fishing and hunting. He also enjoyed his cats.
A graveside service will be held at 10 a.m. Saturday, July 22, 2017, at the Curry Cemetery in Mound City, Kan. Arrangements: Schneider Funeral Home and Crematory, Mound City Chapel.
Online condolences may be left for the family at www.schneiderfunerals.com.