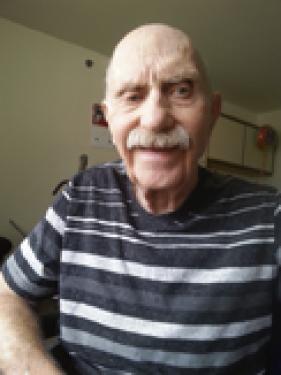 Arthur Ray “Art” Morrell Jr. died April 14, 2015 at Elm Grove Estates, Hutchinson. He was born in Centerville, Kan., to Arthur and Eva Burkhead Morrell Nov. 1, 1934. He married Nina Pelton in Dodge City Dec. 5, 1953. She survives.
Other survivors include his sons, Stephen (Brenda), Castleton, David, Phoenix, AZ, Lance (Patty), Hutchinson, Kelly (Ginger), Arlington, and Barry and companion Lonnie, Arlington; a sister, Virginia Carrington, Lee’s Summit, Mo., 11 grandchildren; and many great-grandchildren.
He was preceded in death by his parents, three brothers, and one sister.
He loved working in his woodshop making gifts for his family and especially for his grandchildren. He was very creative and turned that toward making his gifts. He was also active in the Hutchinson Moose Lodge for many years and attained the Fellow Degree.
He always said the best present he could get was being with his family. He loved getting together with all of them.
Cremation is planned. Friends may sign the memorial book from 9 a.m. to 9 p.m. Friday at Penwell-Gabel Funeral Home and Crematory, Hutchinson. Memorial services will be held at 10 a.m. Saturday at the funeral home, with Chaplain Bill Eichelberger presiding. Inurnment will follow at Arlington Cemetery. Memorial contributions may be made to the Alzheimer’s Association in care of the funeral home. To leave a message for the family, visit: www.PenwellGabelHutchinson.com.