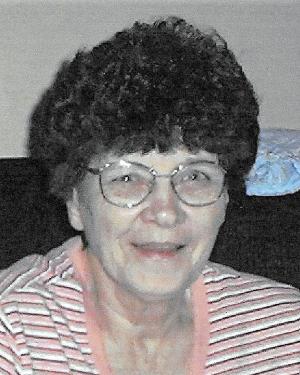 Audrey Ann Proffitt, age 81, a resident of Prescott, Kan., passed away Thursday, Feb. 28, 2019, at the Olathe Medical Center in Olathe, Kan. She was born Nov. 12, 1937, the daughter of Jesse Belmont Crane and Vera Davis Crane. From the age of 8, she was raised by her father and his wife, Lillian Mayfield Crane.

She had worked for several years as a nurse’s aide. The last several years, she worked as an administrative assistant and social service designee for the Country View Nursing Home in Prescott.

Audrey enjoyed gardening and tending her flowers. She took pride in her yard and her home always being neat and tidy.

Her husband preceded her in death on Feb. 22, 1991. She was also preceded in death by a son, Dale Proffitt; a granddaughter, Sarah Ann Mueller; five brothers, Dale, Bobby and Lester Crane, and CW and Wallace Shaffer; three sisters, Norma Beebe, Elsie Bawgus and Louella Womelsdorf; and two brothers-in-law, Ron Womelsdorf and Max Shipley.

Memorials are suggested to the Audrey Proffitt Memorial Fund and may be left in care of the Cheney Witt Chapel, 201 S. Main, P.O. Box 347, Ft. Scott, KS 66701. Words of remembrance may be submitted to the online guestbook at cheneywitt.com.