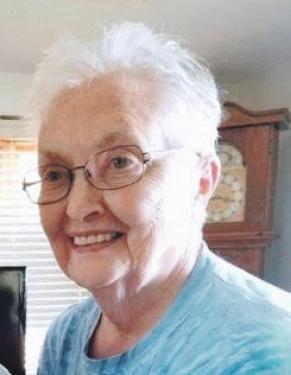 Barbara Slater, age 85, Pleasanton, Kan., passed away Saturday, Jan. 29, 2022. She was born the daughter of George and Evelyn Crawford Thomas on April 5, 1936, at Pleasanton. Barbara graduated from Pleasanton High School. She married Paul Slater on Jan. 5, 1958; he preceded her in death. Over the years, she worked for the city of Mound City, the United States Postal Service and was a substitute teacher. She loved hummingbirds and doing genealogy. She was a member of the Lions Club and the Daughters of the American Revolution.

She was preceded in death by her parents; her husband; two sons, Rodney and Jon Slater; and a daughter, Jane Huntley. Barbara is survived by her daughter-in-law, Michelle Slater; eight grandchildren, Rodney and Christopher Slater, Jennifer, Susan and Travis Huntley, Samantha Bruner, and Nicholas and Henry Talley; and nine great-grandchildren, Luke, Alexandria, Ethan, Brooke, Ezra, John, Taylor, Kyenna and Kalub.

Visitation will be held 5-7 p.m. Friday, Feb. 4, 2022, at the Schneider Funeral Home and Crematory. There will be a family graveside service at a later date. Contributions are suggested to Rheumatoid Arthritis Foundation and may be sent in care of Schneider Funeral Home, P.O. Box 525, Pleasanton, Kan. 66075. Online condolences can be left at www.schneiderfunerals.com.