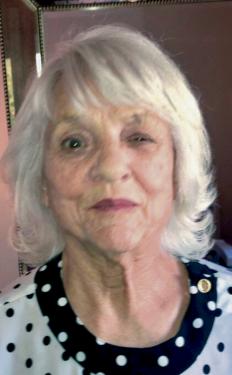 Our beloved mother, grandmother and great-grandmother Betty Jo Walters Cody Dutcher, age 83, passed away on Wednesday, Jan. 11, 2017, in Los Angeles, Calif., from complications due to Lewy Body Dementia. Betty was a long-time resident of Linn County.
Betty was the seventh of nine children born to John and Bessie Mae Walters. Betty was born in a tent on the land her parents sharecropped in Bethel, Kan.
Betty attended Argentine Middle School but left when she was 14 years old for a better life. She worked at an ice cream parlor where she earned $17 a week, and rented an apartment across the street for $10 a week.
When Betty was 18 she was set up on a blind date picnic in Swope Park. She married her date, James Delroy Cody, later that year on June 21, 1951. Together they moved to California where James was stationed in the Air Force. They had three children, Marilyn, James and Dianna.
Betty later married Norris Dewitt Dutcher III on July 17, 1967. They had two daughters, Norra and Donna.
Betty was a hard worker with an entrepreneurial spirit. She achieved her childhood dream of becoming a telephone operator before she married. After she married, she focused on raising her children, being in service to others, and working for herself. She had several successful businesses – first preparing income taxes, then owning and operating an antique store, a convenience and liquor store, and a residential care facility for the elderly. She took the most pride in her job as a school bus driver, which she did late in life. She weathered Kansas winters and made sure her many children made it to school safely. Betty earned her GED, an A.A. degree in early childhood education, a CNA license, and completed H&R Block training.
Betty fell in love with Alaska and visited many times. She loved cross country road trips while listening to Elvis’ gospel music, Ray Charles and Herb Alpert and stopping at every flea market and truck stop along the way. She also loved playing cards and hosting dinners. Most of all she loved being with her family. She was a warm, nurturing mother who deeply loved her children and grandchildren as best she could. Betty never recalled her parents saying “I love you,” but she made it a point to tell her children she loved them every day she was with them. She wanted nothing but a better life for her children filled with love and opportunity.
In 2005, Betty left these words for her children and grandchildren:
When you’re lonely, I wish you love.
When you’re down, I wish you joy.
When you’re troubled, I wish you peace.
When things are complicated, I wish you simple beauty.
When things look empty, I wish you hope.
It is not easy to apologize for a wrong,
To begin all over again,
To forgive and forget,
To control a bad temper,
To keep a high standard,
To remember that the sun will shine
– But it is worthwhile.
Betty is survived by her five children, daughter Marilyn (Cody) Prater, son James Cody and wife Debbie, daughter Dianna (DeDe) (Cody) Anderson and husband Rick, daughter Norra (Dutcher) Basore and husband Brian, and daughter Donna Dutcher; five grandchildren, Ryan Andersen and wife Shelly, Jason Andersen, Brandon Cody and wife Hilary Bruckert, Nicolas Basore and girlfriend Caroline Hayes, and Rachel Basore; and three great-grandchildren, Evelyn and Maverick Andersen and Brandon Cody Jr. Betty is also survived by her brother Donald Walters and wife Cheryl; sister Alida (Tammy) Renz and husband Clyde; and a large extended family.
A memorial service will be scheduled. Inquiries may be addressed to Donna Dutcher, donna_dutcher@cacd.uscourts.gov.