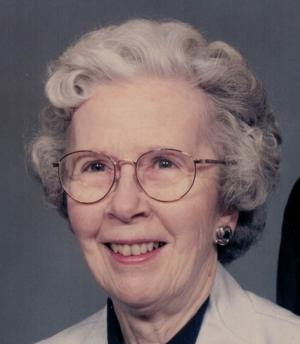 Betty M. Ray, age 93, formerly of Fort Scott, Kan., died May 2, 2018, at the Prescott Country View Nursing Home in Prescott, Kan. She was born May 28, 1924, at LaPorte, Ind., to O.G. and Myrtle Taylor Culver. She graduated from LaPorte High School and South Bend College of Commerce.
She married Donald R. Ray May 12, 1949, in LaPorte, Ind. They lived in the Los Angeles area for 10 years where she was employed by a law firm and then a certified public accountant. In March of 1960, they moved to Pleasanton, Kan. Over those years she worked as a bookkeeper for the Linn County Farmers Co-op Association, Smith-Miller Construction Co. and Fundcraft Publishing, Inc., until December of 1986. Over this span of 34 years in Pleasanton, she assisted her husband with his accounting and tax business.
She was a member of the Chapter F.U. P.E.O. in Fort Scott and the V.F.W. Ladies Auxiliary Post 862 in Pleasanton.
Betty was preceded in death by her husband Don; and a sister, Marian Pope.
She is survived by a stepson, Donald Frazier; and three grandchildren, Courtney Phillips, Dan Frazier and Steve Frazier; and her good friend Lena Lowe.
Funeral service was held Monday, May 7, at the Schneider Funeral Home and Crematory, Pleasanton Chapel. Burial followed at the Pleasanton Cemetery.
The family suggests contributions to American Diabetes Association or Prescott Country View Nursing Home.