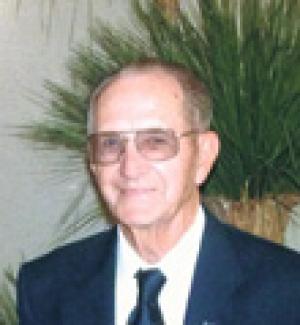 He attended school in Ottawa, Kan. He left high school during his junior year to serve his country in the United States Navy during World War II. After being honorably discharged, he graduated from Ottawa High School in 1947.

He worked as a machinist and mechanic for the Ferguson Dealership in Ottawa. He and Norma moved to Osawatomie in 1959. From 1959 to 1965, he was a partner in Avery Tyler Tractor Agency. In October of 1968, he began Bill Avery Insurance representing State Farm Insurance in Osawatomie retiring in June of 1990. The family built a cabin in Centerville, moving in the summer of 1979.

He was a member of the Trinity Methodist Church in Ottawa, the VFW, Elks and Lions and served on the school board of Osawatomie USD No. 367 from 1974-1977.

He was preceded in death by his parents and wife Norma.

He is survived by a daughter, Melissa Maimer and husband Danny; a son, Mike Avery and wife Lisa; sister Bonnie Rumford and husband Leon; four grandsons, Grant and Blake (Sarah) Maimer and Jarod and Tommy Avery; and a great-grandson, Barrett Maimer.