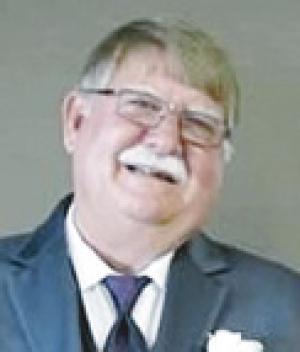 Billy D. “Bill” Allen, 68, Paola, Kan., formerly of Pleasanton, Kan., passed away Wednesday, Jan. 14, 2015. He was born Aug. 3, 1946, at Paola, Kan., the son of Ward and Jean Lindsey Allen. He attended school in La Cygne, Kan., until midway through his senior year, and graduated from Louisburg High School in the Class of 1964.
He married Brenda Pack Sept. 9, 1978, in La Cygne.
He worked as a supervisor for General Motors, as a carpenter, clerk for Cosens Lumber, consultant for General Motors and a service writer for Cox Motor. Bill served two terms as mayor of Pleasanton. He held a true passion for the betterment of the community. He enjoyed gardening, his cattle, fishing, hunting, the Royals and the Chiefs. He was involved in summer ball programs, coaching all of his children and even wife Brenda. He played slow pitch softball for many years and was even able to play with all of his sons.
He was a member of the New Lancaster United Methodist Church, La Cygne Masonic Lodge, Scottish Rite Consistory, Mirza Temple and the La Cygne Order of Eastern Star.
Bill was preceded in death by his father, Ward.
He is survived by his wife, Brenda; sons, Chad Allen and wife Tara, Brent Basore and wife Sarah, and Austin Allen and wife Ashlee; daughters, Kellie Harvey and husband Justin, Amy Clements and husband Jeb, and Alison Dir and husband Joe; brothers, Vaughn Allen and wife Nancy, and Jim Allen; sisters, Mitzi Coe and husband Pat, and Cheri Dunlop and husband Chuck; and grandchildren, Hudson, Levi and Makenzie Dir, Brooke, Kate and Bree Allen, Laynie and Kannon Clements, and Jake and Jase Harvey.
Funeral service was held Saturday, Jan. 17, 2015, at the New Lancaster United Methodist Church. Burial was in the New Lancaster Cemetery. The family suggests contributions to the Pleasanton Community Center, La Cygne Masonic Lodge or the Rett Syndrome Foundation in care of Schneider Funeral Home, P.O Box 525, Pleasanton, KS 66075. Online condolences for the family may be left at www.schneiderfunerals.com. Arrangements: Schneider Funeral Home and Crematory, Pleasanton Chapel.